In this photo provided by the Washington state Department of Fish and Wildlife, a striped beakfish swims in a water-filled well or bait box aboard a 20-foot-long Japanese boat that washed ashore at Long Beach, Washington. Biologists say five of the fish, plus other Japanese species of sea creatures, arrived alive, apparently hitching a ride across the Pacific Ocean on debris believed to have come from the March 2011 Japanese tsunami.

photo from National Geographic
Posted by The Shrink at 5:00 AM No comments: 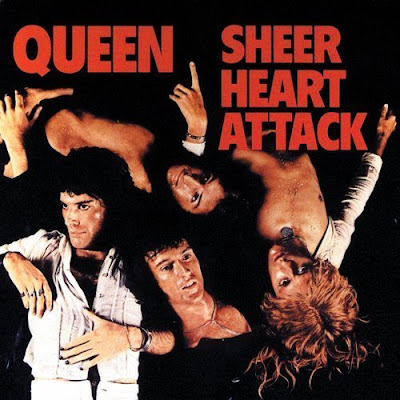 In 1974 the rock band Queen released their third album - Sheer Heart Attack. This was when I discovered the band. A year later their fourth album - A Night at the Opera and the stunning hit single Bohemian Rhapsody made Queen a worldwide sensation and Freddie Mercury a rock god.

I was reminded of the single hit from Sheer Heart Attack recently - the song was Killer Queen. The version I saw was on You Tube of course and featured a young man doing all the singing and instrumental parts. You can see and hear that video here it's worth a look and a listen. For the original version with Freddie and the boys here is Queen delivering one of their many renditions of Killer Queen.
Posted by The Shrink at 5:00 AM No comments: 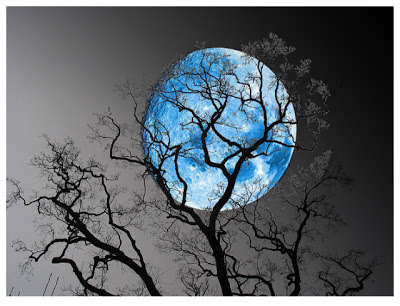 Sometimes we don't know what we think we know. Case in point, a blue moon. We tend to think that when a calendar month has two full moons, the second one is a blue moon.

First problem with that colloquial reasoning is that mother nature doesn't operate on a twelve month cycle, neatly broken into 28, 29, 30 or 31 day months. Which is why seasonal changes happen 'around' the twenty-first day of December, June, March and September - the winter and summer solstice and the spring and autumn equinox.

Now back to the blue moon. Historically, a blue moon happens when there are four full moons in a season. And . . . it's not the fourth moon that is the blue one but the third. A true Blue Moon is the third of four in a seasonal quarter of the year. That apparently was the moon that felt 'out of place' rather than the fourth full moon, which would fall within a few days of the end of the season.

Here is when the full moons of this 'year' occur. Times given are PST & PDT:

Tomorrow then is the true blue moon for this year. The third full moon of four that happen in the natural summer season. To celebrate here is Nanci Griffith singing Just Once in a Very Blue Moon.

Commentary on Monday, Portrayal on Friday
Posted by The Shrink at 4:00 AM No comments: 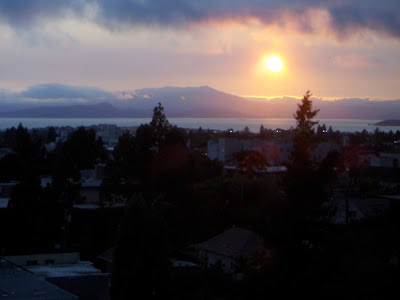 From May until September the sunset from my lofty vantage point is over the North end of San Francisco Bay during our typical foggy summer. The peak just to the left of the setting sun above is Mt. Tamlapais for those not familiar with the Marin skyline. 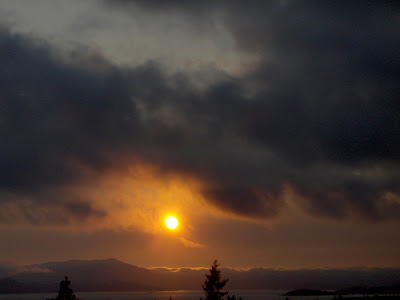 I have made excuses in the past for not having adequate photography equipment but these fuzzy snapshots will placate the landlord who wants me to share the visual wealth of my aerie perch.
Posted by The Shrink at 3:30 AM No comments:

How Not to Report the News 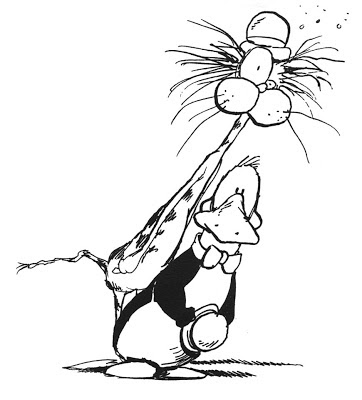 No this is not a post about Fox News or any other overly slanted media outlet. Yes, I do believe know that Fox presents bias disguised as news, on the other hand CNN has the always orgasmic Wolf Blitzer "breaking new, breaking news, Breaking NEWS!!!" as their chief anchor.

I have friends on both the left and the right who are so far out there that 'conspiracy theorist' is not an insult. I listen, I offer other 'facts' they might want to consider but our discussions generally come down to one of my olde standard bits of advice: "There is no need to make up stuff about either the left or the right or the middle for that matter. What these people actually do, right out in the light of day, is bad enough.

You don't have to claim President Obama is a muslim, wasn't born in the U.S. or smothers baby bunnies. Just stick with the facts, what he does right out there in public is more than enough to justify not trusting him or any of the other political toadies offered up by the plutocrats.

But it's those in the media, particularly the internet media, who are my focus today. Time and time again they make a reasonable, cogent point. Only to follow their valid utterance with some complete nonsense, thereby discrediting themselves. Here is an example from a NSA whistleblower, first the intriguing paragraph.

"Here's the big one (revelation)... this was in summer of 2004, one of the papers that I held in my hand was to wiretap a bunch of (phone)numbers associated with a 40-something-year-old wannabe senator for Illinois. You wouldn't happen to know where that guy lives right now would you? It's a big white house in Washington, D.C. That's who they went after, and that's the president of the United States now."

This comes from an article claiming that the NSA has used illegally obtained information to blackmail politicians from local to federal levels including the Supreme Court and the White House. Right up until here the argument held some merit and might have been worth further investigation. Then comes the next paragraph.

"I hope you realize that the only people who are still left standing and telling the truth are people who the NSA could not corner with compromising dirt. And because the vast majority of U.S. Senators, in particular, are perverted, deviant, power-hungry monsters with all sorts of disgusting secrets involving under-age children, they are very easily compromise and controlled."

Really? The majority of the U.S. Senate are pedophials. Well, that reasoning will certainly gain your argument credence. This comes as a particularly shocking revelation to those of us here in California where we are represented in the U.S. Senate by Barbara Boxer and Diane Feinstein. We really had no idea about those two. Why not mention the kitten cannibals in the House of Representatives while you're at it and the aforementioned bunny killer on Pennsylvania Avenue?

Okay enough ranting for this week. If you would like to read the full article that prompted my momentary rise in blood pressure. You can find it here. And please folks, just stick with the facts, those really are more than damning than all of this out-of-context fantasy crap. Let's here it for the socialist president from Kenya!

Text on Monday, Tableau on Friday
Posted by The Shrink at 4:30 AM No comments: 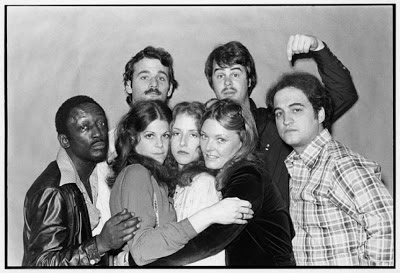 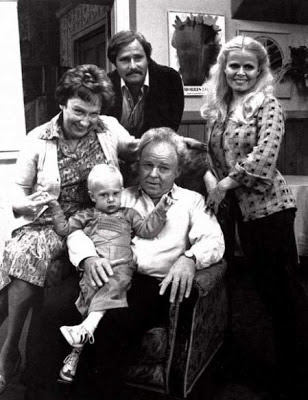 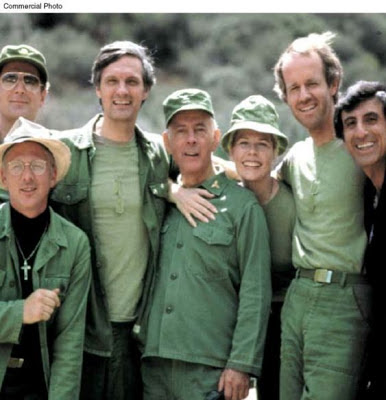 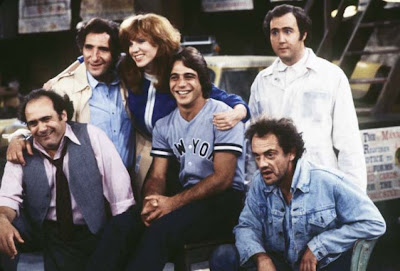 Similitude on Friday, Exposition on Monday 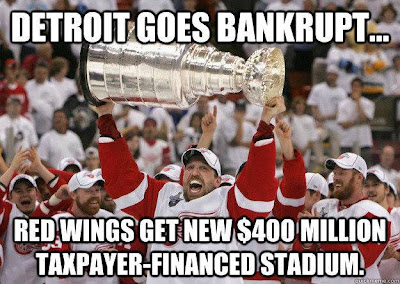 Back in 2011, I wrote a handful of articles about the city of my birth - Detroit.

The initial series was: Imported From Detroit told in four parts: I, II, III, IV. I followed that up with two later reports: Detroit Redux and Detroit On a Positive Note.

My message was then and is now that Detroit is a lost cause. The recent bankruptcy only lends credence to the inescapable plight of the former Motor City. Now the stupidity has reached the pinnacle, much like Nero fiddling while Rome burned, the Great State Appointed Bankruptcy Overseer has approved four hundred and fifty million dollars to be directed to a hockey arena for a privately owned corporation.

Don't bother to post any lame comments about economic advantages and new construction jobs. Those excuses have been disproved repeatedly over the years in dozens of cities throughout the country. Think not? Read this. For once try tempering your beliefs with facts.

Let Detroit go, turn the urban blight back to nature and stop flushing money down the maw of a hungry ghost that no longer is a city.


Prose on Monday, Images on Friday
Posted by The Shrink at 4:00 AM 1 comment: 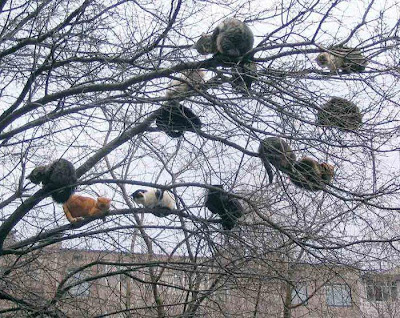 Cat Tree similar to but not the same as a Goat Tree.

Pictures on Friday, Words on Monday
Posted by The Shrink at 5:30 AM No comments: