In the next two months, I will:

Go the the Rio Hotel an Casino for the World Series of Poker about 40 times.

Write more than 50 WSOP posts on pokerblog.com and half a dozen meanderings right here.

Move. My friends whose retirement home I have been living in the past 18 months are actually retiring, so it is time for me to relocate. For you locals, I am going for a condo on South Las Vegas Blvd. somewhere near the South Point Casino.

Cats! Once I move I will happily have cats residing with me again. My visits to the SPCA of late have involved a lot more inquiries about who wants to live with me. A couple of contenders have made application with fur and saliva samples.

The Book: new fall deadline for the final manuscript. Autographed copies less than a year away.
Posted by The Shrink at 5:14 PM No comments: 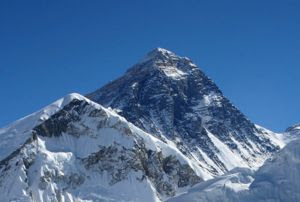 I am going to guess that some of you have read Into Thin Air by Jon Krakauer and more of you have seen the several climbing specials from Mt. Everest on PBS. I have not read the book, which by the way, is fully titled: Into Thin Air: A Personal Account of the Mt. Everest Disaster. I do watch the Discovery Channel programs and I am nearly entranced not by the mountain, nor the individuals but by the huge number of people who find Mr. Krakauer and others who climb Mt. Everest to be adventurers or heroes. The particular "the" Mt. Everest Disaster that Kraukauer writes of took place in 1996. In that year, 98 individuals summitted and 15 died. But each and every year the same story plays out. Each and every summer hundreds of adventurers travel to Sagarmatha (Nepalese) and spend roughly $65,000 for the privilege of killing themselves and leaving mounds of equipment and garbage on the mountain.

Notice I said "killing themselves" not dying because these people are, in fact, committing suicide. Where these people give away their lives is in an area above 8,000 meters; an area known as "The Death Zone", let me repeat: "The Death Zone". There have been 210 verified deaths on the mountain, where conditions are so difficult that most corpses have been left where they fell; some are visible from standard climbing routes. So on the way up, you get to see others who have died attempting to go where you are going. Frost bite has claimed limbs, digits and assorted body parts of over 1,000 climbers on Everest. At least three are permanently snow blind, which means blind from exposing your eyes to the unfiltered sunlight at the top of the mountain.

What troubles me is not that fools risk their lives, to each his or her own and certainly your life is yours to do with as you will. But the fascination of others, particularly PBS and the Discovery Channel seems horribly misplaced. You probably vaguely remember the guide who stayed on the mountain with his client on Chomolungma (Tibetan) and was able to get a cell phone call patched through to his wife back in England to say goodbye. Why is this sad? Why are we affected by this in any sort of sorrowful way? He chose to die. He chose to let his client keep climbing, even after warning him to turn around. Somehow this man is a hero?

He was, they all are, fools. Unworthy of respect or honor of any kind. They decided that climbing a mountain where one in eleven climbers die, was....what exactly? They chose to risk their lives for..... what?

The World Series of Poker is about a week away and for the following seven weeks my life will once again be all about poker. Fortunately for me, this summer I have several gigs that I am looking forward to and not a single boss or 'higher up' with an agenda.

Already I have two of my informational blogs written well into July. I don't want to have the quality of my year round jobs diminish while I am at the Rio everyday covering the Series. So I have spent most of the last six weeks getting about 85 posts written and post-dated for the summer.

There is also the matter of the "book" and some long awaited announcement, which at this point continues to be long awaited.

From the infirmity desk, I had an appointment with a specialist last week and will report on his findings as soon as those are relevant. Not trying to be mysterious nor alarmist nor casual; although something in a nice gabardine with cuffs and light darts would be nice.

Most of my early WSOP coverage this summer will be found on PokerBlog. For the non-poker initiated readers, who have actually read this far; here is what the summer holds for work and play.
Posted by The Shrink at 1:16 PM No comments: 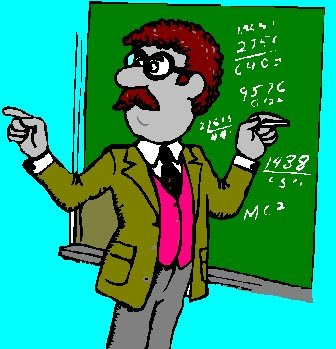 I got an offer recently to do a poker presentation at a business conference at the Four Seasons Hotel here in Las Vegas. The idea was for me to be the "entertainment" at the opening evening of the Collection and Recovery Solutions 2008 Conference.

It was an interesting and I believe successful foray into another area of both revenue and further combining my skills at public speaking and my knowledge of poker. The event was the open bar, open appetizer (the lobster corn dogs were great!) and multiple-booth evening session. This meant there were lots of people wandering among the fifty or so booths where various companies displayed their products. Down at the far end, near one of the many bars was a poker table and a really great set-up for me to do my "Everything You Always Wanted to Know About Poker" routine. I had a full professional table with chips, cards etc. Great lighting and even an overhead camera to project the flop cards on the wall.

Basically, I dealt Texas Hold'em to an ever changing cast of players, while discussing the basics of Hold'em to the first table of novices; where to play in Las Vegas to the next table of players, some intermediate strategy when the onlookers wanted to know why I made the lady in seat one play her straight flush draw and near the end of the evening a group of fairly knowledgeable players got to play several hands I had set-up earlier with my spare decks.

All in all, it went very well and I am now circulating myself to the various convention bookers in Las Vegas for future performances. The Poker Shrink on All Things Poker in Las Vegas. Suggestions for a better title are solicited.

Posted by The Shrink at 7:08 PM No comments:

If Hillary can steal enough super delegates or a couple more of Barack's former pastors show up with non-mainstream rhetoric, the following statement could still come to pass:

"In November no voter under 51.5 years of age will have ever gone to the polls to vote for President of the United States without a Bush or a Clinton on the ballot."

2008 Hillary Clinton and Someone Else

Of course if Hillary doesn't pull off the biggest theft since the election of 2000, then all you fifty-somethings, forty-whatevers, thirtyishes and you new kids too will get a shot at an election without either of these weary political dynasties droning on. Unless, of course: 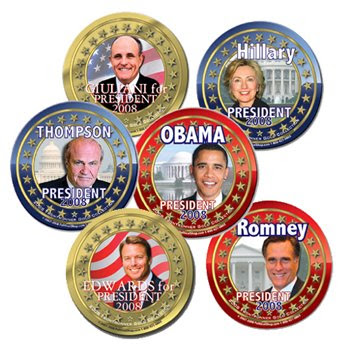