Something Tangible After a Bit of a Break 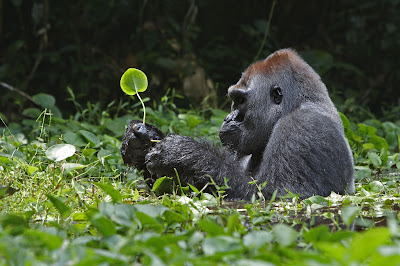 Yes, this little blog has been moribund for nearly two years; but I have something nostalgic to share and not all of my friends of the last 10 or 30 or 50 years are on the proper social media websites. Hence a mild resurrection of my blog for this bit of personal remembrance.

It seems I have a quilt. 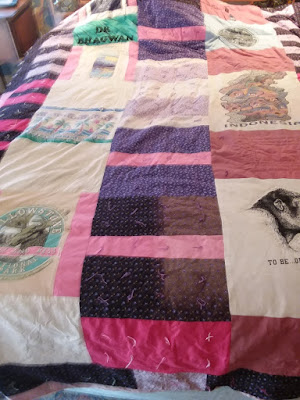 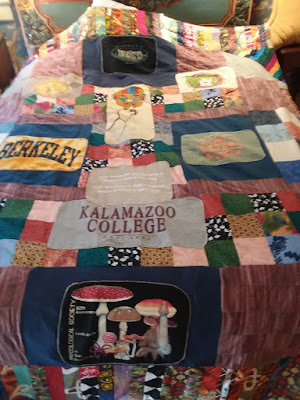 Of course there is a story (or three).

Back in about 1997, a good friend [Janet] offered to make a quilt for me. She wanted it to be personalized, so I dipped into my t-shirt drawer and came up with half a dozen or so culturally significant cotton visuals. 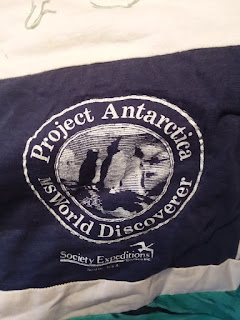 this is the oldest image on the quilt, from my 1980 excursion to Antarctica 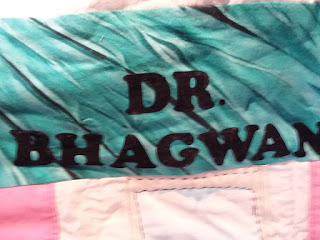 This whimsical logo sets the quilt images into a particular segment of my life. I was departing L.A. in 1991 and heading down a new path in San Francisco. Leaving my partnership in a mortgage firm and a somewhat typical Southern California lifestyle for a Ph.D. program at the California Institute of Integral Studies in Haight-Ashbury. With this shirt, two of my dear friends, Bruce & Faith, summed up the South vs. North feelings among my friends about my pending transition. 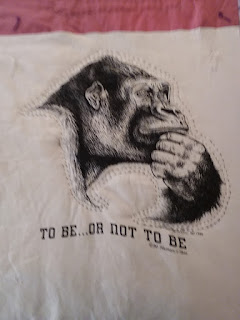 I knew not a soul in San Francisco, but uprooting was and continues to be a signature move in my wanderings. Still, leaving Hermosa Beach wasn't without deep rumblings of emotion and loss. My best friend and business partner, dear Tom, had disappeared far too soon from all of our lives. We had both developed plans for what was to be next for us, mine was to be a doctoral program, Tom's future was cut tragically short. 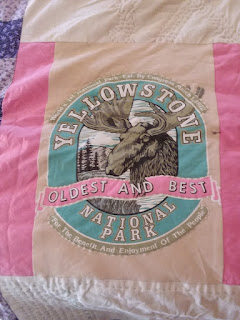 In the summer of '89, Tom & I plotted a month-long roadtrip and invited family and friends to join us for bits & pieces of the chautauqua. A gang of Carl, Deanna, Gary and his parents joined us for Yellowstone and some local color around the Schorzman homegrounds in Idaho. 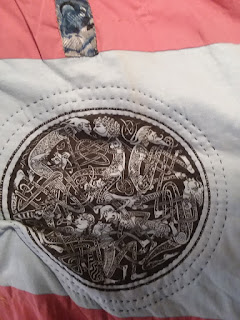 Leap ahead several years, this naughty (look close) knot artwork comes from my friend [Tina], life in San Francisco had become transformational.
That was the plan afterall. 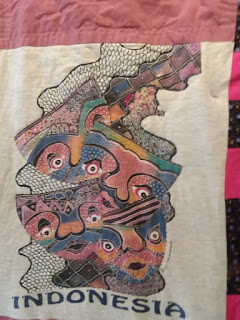 One of the highlights of my time at CIIS was a 1997 excursion to Indonesia, specifically Bali. My friend and professor, Daniel and his partner Fariba led a group of spirtual adventurers into three weeks of Balinese immersion. Note the masques. 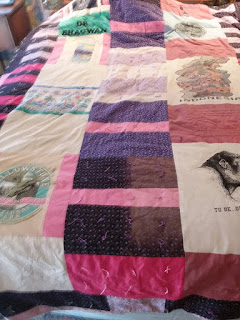 Friends from the L.A. days, if the colors of the quilting thus far seems evocative, tis perhaps because the pinks and greens are made from leftover pieces of the cloths we used in Tom's AIDS quilt panel. 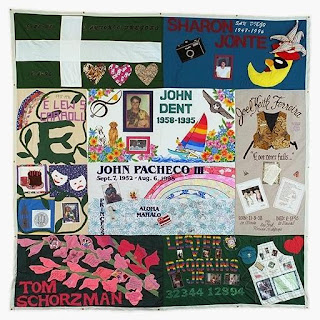 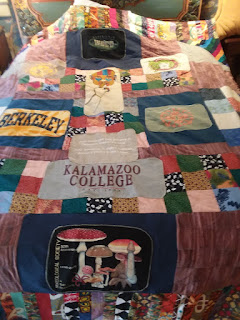 Now on the to 2018 flip side. I gave Mo, another new friend, a whole mess of chopped up t-shirts and left it to her artistic sense to cast the imagery for side two of the quilt. 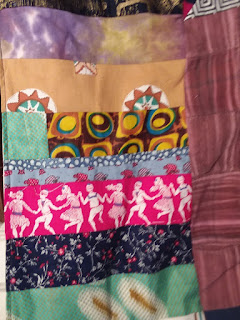 I found her edging (non-quilter terminology) to be fascinating; all of the bits and snips woven around the splashes of t-shirt memories. 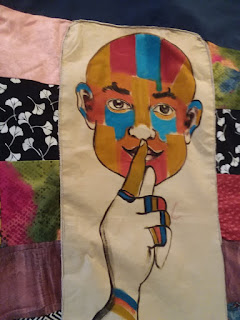 Interesting, the Indonesia masque t-shirt on the '90s side and this one many years later. You see this painting of me was done by a street artist in Ubud, Bali on that same trip. A much longer story about the masque and dance that went with it, but the shirt was with me for twenty years before it too found its way onto the other side quilt. 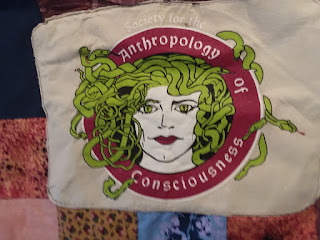 Another enduring feature of my time in grad school at CIIS ('91-'99) was the annual conference of the Society for the Anthropology of Consciousness. Life long friends were met and remet at these yearly gatherings, t-shirts often reflected the ongoing happenings at those meetings. Strange though they may have been. 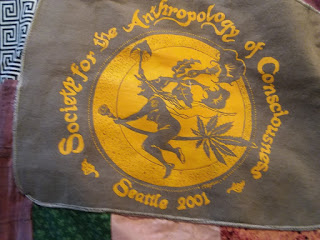 The artist of many of these images was and is the previously mentioned Tina, now a successful professor and still a wonderful artist. 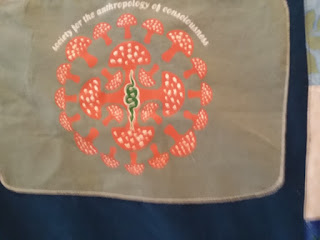 this one should wrinkle a few in time 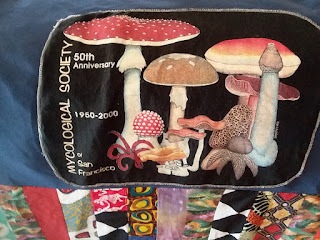 My friend Scott gave an amazing presentation at this meeting. Seems like a lot of mushrooms . . . 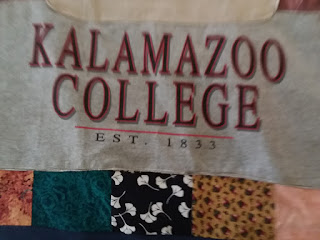 and then there are the deep flashbacks, the shirt was obtained at one of the many reunions we have attended but the years actually at K College were 1965-69. 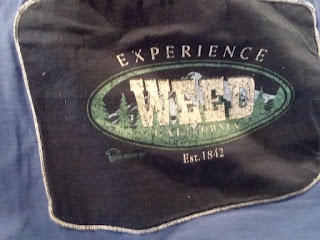 Weed, California: I have been visiting long, long, long time dear friends Gary & Cyndi there for three decades. They and their blissful place with a full compliment of critters both wild and semi-tame. 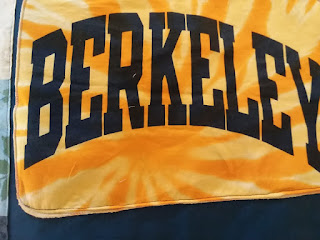 The 2018 side of the quilt was commissioned while I was residing in a solitary aerie in Berkeley (2010-2015), the room with the magnificent view of the San Francisco Bay and the beyond belief landlady. 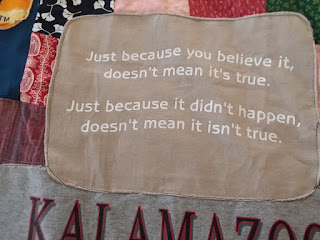 What more can I say.
You know what that's like, right?

p.s. it's a big quilt, room enough for two