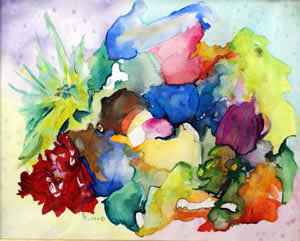 I have returned to the Nevada desert from a week+ in San Francisco with my friends. Now that I am back I can begin anticipating my trip to Mt. Shasta for New Year's Eve. In the meantime, there is much work to be done in Cyberspace and on "The Book".

Just as an update for those who really want poker content, I can be found in several and/or many iterations on:

The book with Mike Matusow is now with our New York publishing agent and we should hear something before the end of some year.

On a personal note: I am now married and have three darling children. And yes I still have those acid flashbacks but I am feeling much better now.
Posted by The Shrink at 5:52 PM 1 comment: 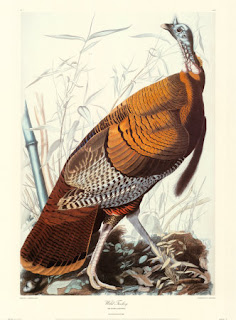 Happy Turkey Day to everyone who celebrates such and Happy Day to everyone else. I am in San Francisco this week and heading up to Matthew's in Sonoma for today's gathering. Tomorrow we will do it all over again in the City at Mira's. I am spending the full week here and heading back to 'Pokerland in the Desert' on Monday.

Amy and I have worked out the latest legal issues with our current project and expect to have good news or better to announce before the end of the year. In the meantime, work continues apace on the book project.

Hope all is well in your world, if not, consider a different world; possibilities abound past, present and future.
Posted by The Shrink at 1:25 PM 1 comment:

1. In October 2006, the US government pasted the Unlawful Internet Gaming Enforcement Act.
2. The UIGEA is not yet being enforced because of the vagueness of the language in the bill.
3. By other means (arrests and intimidation) the US government has closed it's online gaming market to most foreign companies.
4. Antigua sued under provisions of the World Trade Organization and won repeatedly.
4a. Antigua is now attempting to collect on a $3.4 Billion judgment against the US.
5. Thirty-five countries -- including the 27 members of the EU -- have joined Antigua and Barbuda's complaint to the WTO. Current estimates are that these claims could conservatively amount to over $100 Billion in additional trade penalties.

Here it comes, get ready:

The United States government is negotiating away trade concessions and tariffs in the Hundreds of Billions of Dollars, in order to maintain the online gaming restrictions. The negotiations are underway and changing the law to allow regulated and taxed online gaming is NOT on the table.

And here you thought the right wing was only trying to control who you marry and what you read and how you educate your children. Nope! They also are going to have you paying more for foreign products and have US products be less competitive both at home and overseas, so they can stop the evil of internet poker. Oh, by the way, it is OK to use the internet to bet on horse racing and state lotteries; those gambling options were exempted from the legislation. They had higher paid lobbyists.
Posted by The Shrink at 2:45 PM No comments: