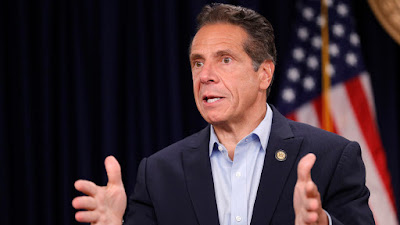 Imagine yourself in this situation: You are the governor of a U.S. state. You are at least saying all the right things about protecting your state's citizens from corona. You may actually be doing some things or a lot of things. However, your actions do not have any influence on your dilemma. You and every other governor, mayor and citizen face the same obstacle to staying safe and surviving this virus. 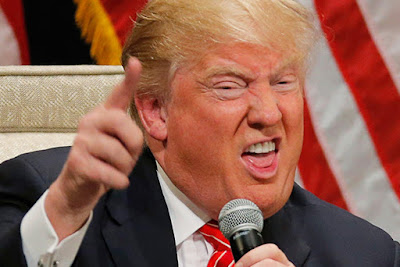 The president of the united states is misrepresenting nearly every aspect of this crisis. He lies about his knowledge, he wickedly proposes drugs that have no value in treating the virus. He suggests reopening the country in less than two weeks because of the economy.

But wait! That is not the governors' dilemma.

If they speak out against the idiocy that is trump, he will cut off or delay federal funds to their state to combat the virus. The vindictive bastard will sacrifice ordinary citizens to satisfy his destructive ego.

This is not about party or voting or politics in any way. As the supposed leader, he must be giving out only proven, reliable information in these dangerous times. Instead, he makes things up out of whole infected cloth.

This is not only irresponsible, it is quite frankly criminal. It's at least manslaughter by legal definition, if not actually murder. But no one can stop him. Dr. Fauci just stands there and takes it, hoping his follow-up explanation will cover for the president's lies. But that is not enough, someone has to say STOP!

But there are no humane adults in charge. Only sycophants. May they all shake hands with the devil.
Posted by The Shrink at 12:31 PM No comments: 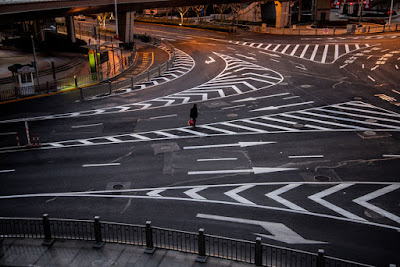 Posted by The Shrink at 1:30 AM No comments: